Alongside thousands of community health workers, R. Scott Hawkins was dismayed by a story in USA Today about Community Health Centers (CHCs) falling short in critical measures of care such as helping diabetics control blood sugar.

Hawkins, former CIO of the Boston Healthcare for the Homeless Program (BHCHP), is a witness to the extreme challenges CHCs 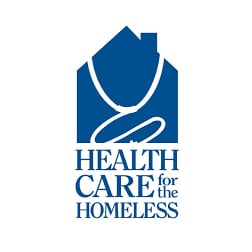 can face in providing care to the medically underserved.

“If you don’t know where you’re going to sleep tonight,” Hawkins explained, “the idea that you need to control your diabetes so you’ll be healthier in ten years doesn’t hold as much water” as it does in a stable and thriving population.

Medical disparities are exacerbated among the homeless by intractable poverty, frequently co-existing substance abuse and mental illness, and competing imperatives for finding food, shelter and clothing while maintaining personal safety.

Despite the harsh realities of its patient population, BHCHP perseveres to provide team-based medical, dental and behavioral health services to 12,000 people annually, 98% of whom earn incomes below the federal poverty line. The organization is a pioneer in using collaborative technology to treat patients at 100 locations in and around Boston—in shelters, clinics, hotels, motels, under bridges and along back alleys.

In fact, BHCHP’s mobile strategy is a model of security and accessibility: roaming physicians and clinicians carry laptops without hard drives as well as a broadband calling card for access into a data center housed at Boston Medical Center, BHCHP’s main partner and neighbor across Albany St. No personal health information (PHI) is ever stored on the laptops, virtually eliminating the risk of a PHI breach. Eight large clinics connect to the data center via a wide area network (WAN); a dozen other provider sites have Internet access to it.

The technology exists for delivering similar access through smartphones and tablets, but Hawkins doesn’t see the practicality in it. “In healthcare you have so much information. If you need to type, the tablets don’t work. We tried voice, but it’s clunky and there are not a lot of places that are quiet and private enough for that.” BHCHP sometimes provides voice-recognition services to physicians who need access from home, but there is a learning curve, he said.

Truly Meaningful Use of an EHR System

At BHCHP’s brick-and-mortar location across the street from Boston Medical, Hawkins oversaw an attestation for the Meaningful Use of an EHR that has been in use for a long time, at levels well above the federal requirements. The EHR came about in 2001 when Boston Medical launched HealthNet as a way for CHCs to share in the costs of an EHR. There are no servers at BHCHP; the EHR data travels directly from Citrix terminals through a fiber optic cable underneath Albany St. to the basement of Boston Medical.

It made sense from a business standpoint to use an EHR, because the health center didn't know where and when patients would show up, Hawkins said. Now, when a patient comes into any of the 20 connected sites, a physician can call up their chart and get their history, meds and appointment schedule.

The EHR, currently running GE Healthcare's Centricity version 9, was upgraded in June to version 10, enabling BHCHP to attest for Meaningful Use. Version 9.5 provided that capability, but Hawkins wanted to wait for a significant interface upgrade in version 10; version 10.2 will be ICD 10-compliant. The center's clinical measures for Meaningful Use are focused on women’s health, colonoscopies in general, men's health, smoking and diabetes.

A variety of training options will be offered for the new interface, from PowerPoint decks and word documents for self-training to individual provider, team and small-group training sessions. “Different people learn differently,” Hawkins said.

Making the most of its EHR data, BHCHP also participates in a landmark Community Information Exchange (CIE) through Boston Medical’s Health Center Controlled Network (HCCN). The CIE, one of only a handful of Health Information Exchanges (HIEs) in the country to exchange full Continuity of Care Documents (with administrative, demographic and clinical patient data), features an e-referral portal that has made it extremely useful for care coordination, according to Hawkins.

The CIE operates like a private cloud, with BHCHP coming in through the fiber optic cable and other CHCs via virtual private networks (VPNs). Providers at the participating 15 CHCs and hospital can look at EHR data from the other healthcare organizations.

In addition, BHCHP participates in the CHIA DRVS project, a nightly feed into a database operated by the Massachusetts League of Community Health Centers (MLCHC), to standardize its quality reporting and benchmark its results against the 10 other CHCs involved in that program. The center is also working with the Boston Public Health Commission on population surveillance, and is active in the Massachusetts Health Data Consortium, where providers, insurers, HIT vendors and government entities discuss HIT issues and trends.

What did Hawkins learn from all this collaborative data sharing? Three important things:

1. From a business standpoint, the DRVS model is reassuring because of its sustainability through fees paid by participants. “With someone else [like an affiliated hospital] paying, I worry about it going away when it becomes more expensive or difficult,” he said.

2. Standardization is a requirement for data quality. “We’ve gone from handwriting to typing, and now it’s time to standardize data inputs." Is it being recorded in metrics, regular numbers or a narrative? The quality of data standardization is an important piece in making sure ‘bad’ data doesn’t corrupt the system, and that inputs are measured on the same scale, he said.

3. Data interchange standards such as the Direct Project protocol are needed to ensure seamless transmission between providers. Hawkins said he likes the way Direct Project came about, without a lot of regulation, as a partnership between government, technology companies and healthcare payers. Version 10 of Centricity will be Direct-enabled, but another version will be needed before BHCHP can exchange more than secure emails between the EHR and patients.

Technology as a Tool for Reducing Health Disparities and Costs

In addition to ambulatory care, BHCHP runs the 104-bed Barbara McInnis House, which provides 24-hour care to homeless patients who are too sick to return to a shelter, but not so ill they require an expensive hospital stay. The EHR is key to identifying patients who could be better served at lower costs.